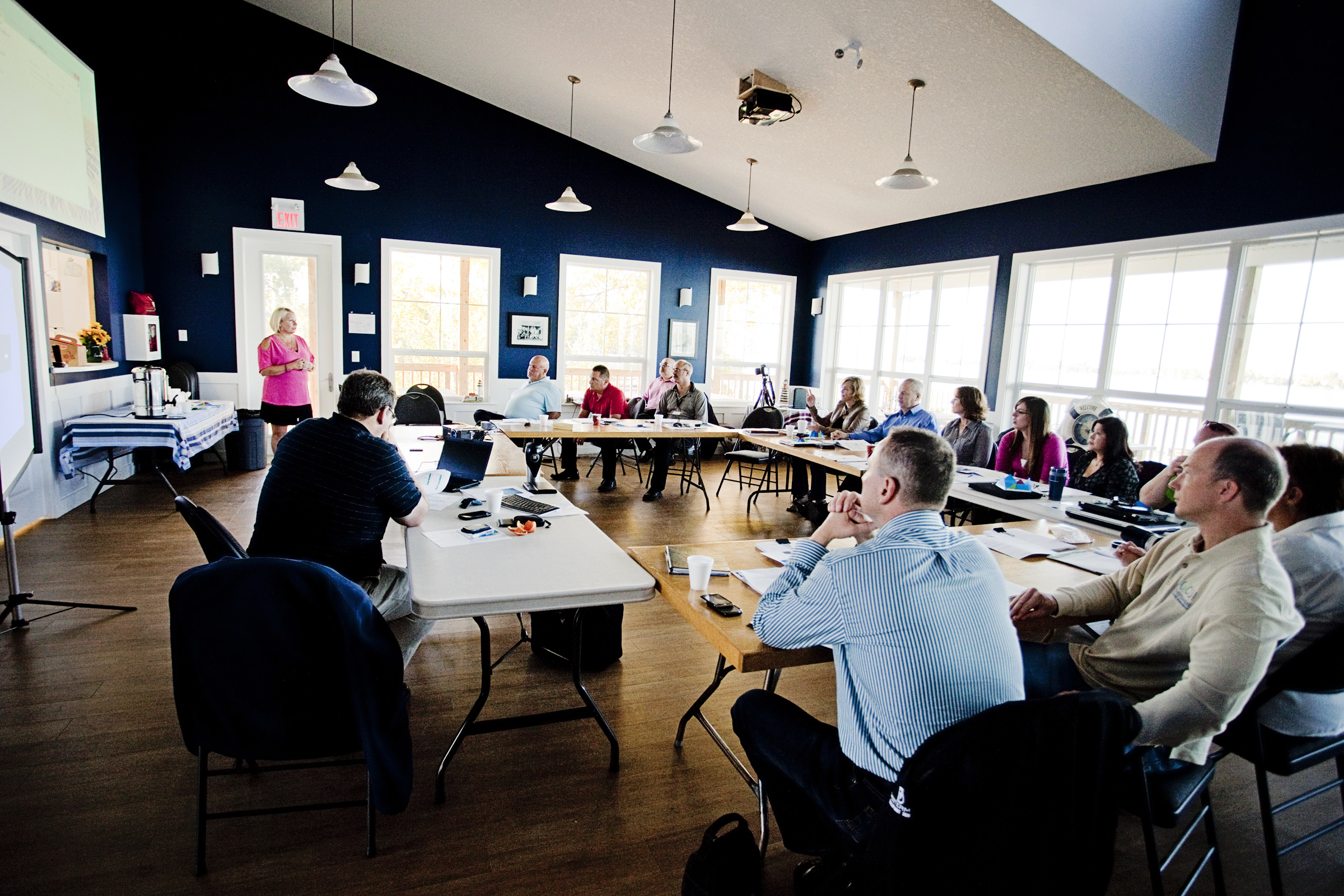 Chestermere, Alberta became the launch municipality for the new Smart Towns Inc. Municipal Dashboard. The town has a 2012 population of 15,352 and was defined as the fastest growing municipality in Alberta between 2006 and 2010 in the most recent Canadian cencus. Chestermere annexed 2,691 hectares a few years ago that significantly increases the existing 823 hectares in the old town boundary. The Smart Towns Municipal Dashboard is a cornerstone for how future development will be planned and monitored for this rapidly growing community.

The Municipal Dashboard incorporated both the Public Perspective and the Internal Perspective (for a description go to http://smarttowns.ca ). The primary benefits of the dashboard to the town of Chestermere are:

The municipal dashboard and executive summary were prepared into an hour long presentation that launched the most recent council and leadership retreat. This presentation set the tone and provided a backdrop for the rest of the retreat.

The updated Chestermere strategic plan was readjusted with the information from the Smart Towns Municipal Dashboard.

The upcoming 2013 budget will use the Smart Towns Municipal dashboard as a reference tool for decision making.

A document will be released in early November 2012, with additional consulting from Smart Towns, that identifies the net financial benefits or costs of various housing types and commercial types. The document will identify for example what assessment value a townhouse needs to be for it to be revenue neutral based on cost and tax factors from the Smart Towns Muncipal Dashboard. This will provide the economic input to the planning of the annexed lands.

The Municipal Dashboard celebration was first on the agenda of the recent Chestermere retreat that included all council and directors. Chestermere was able to draft an informed strategic plan by leveraging the successes and areas of focus in the municipal dashboard. They were able to compare their performance against 40 similar sized municipalities. One Councillor described the results as “eye opening” while another found it “valuable information that I can express to the public”. A Director said, “to be able to compare with other municipalities is good when trying to come up with a strategy moving forward”. There was a positive energy after the presentation. The feedback provided described the presentation as “highly engaging”, “informative”, “relative and relatable” and “useful”. Chestermere is now poised to be a leading municipality …. first of its kind in Canada.